“We revolt simply because, for many reasons, we can no longer breathe”
– Frantz Fanon

It seems like every day there is a new video. Men being choked to death; fathers murdered in front of their children; women brutalized and killed. We were told that, in the age of Obama, we were entering a “post-racial” period, just as we were once told that “There Is No Alternative” to Capitalism. It would appear that, just as climate change has exposed the fatal flaws of Capitalism, the Obama presidency has unveiled an America in which white supremacy and its brutal consequences – more apparent due to camera phones and the Internet, not more prevalent – are alive and well.

On July 17th, 2014, Eric Garner was killed, choked to death, by a New York City police officer after being accused of selling “loosies” – individual cigarettes. Eleven times during the incident, he repeated the words “I can’t breathe.” He was choked anyway. No one performed CPR on him as he lay dying in the street. No one was indicted for his murder.

It is profound that the “I Can’t Breathe” meme has been so resonant during this time. There is something about oppression that feels, almost physically, like suffocation or drowning. It is felt not merely when one is being choked by a police officer, but also when one must live in fear of such an occurrence every time one leaves the house. As Frantz Fanon puts it, “When we revolt it’s not for a particular culture. We revolt simply because, for many reasons, we can no longer breathe”. A riot is a physical response to this cultural, emotional drowning: the drowning man will do anything to get to the surface. There is a confluence, at this moment in history, of this inability to breathe, whether it is because a cop is choking you or because your air is polluted.

We have chosen two subjects that, on the surface, seem to be similar only in scope – mass incarceration and mass extinction – with a hope that we can explore more deeply their common roots.

Mass incarceration is a part of a broader system of oppression in the United States of America, the recent expression of the centuries-old culture of white supremacy. A common fallacy about race is that it exists objectively – that white supremacy is a response to already-given categories. But what must be understood is that this system is rooted in a worldview that actually created race. In order to make slavery seem like a reasonable system, and to receive the support of poor Europeans who had no slaves themselves, the European slave owner called himself white, connoting purity and goodness – chosenness – and called the African slave black, connoting damnation, otherness, sub-humanness. It is a system rooted in dualism, a world made of things that are valued and things that are to be discarded, used, or destroyed.

The Civil War ended slavery, and it was replaced by Jim Crow. When Jim Crow was abolished with the civil rights movement (one has to wonder why the word “civil” is so often used in the United States when it comes to a struggle for basic human rights, as if civility were the issue!) it was replaced by the system of mass incarceration. Black men were described as “criminals”. Liberals and conservatives alike tried to figure out the cause for all the crime. It turned out that at least some of the crime was imagined: black men end up in jail for drug crimes at much higher rates than their white counterparts even though white people use drugs at higher rates.

The narrative of the black criminal – “super predator” was a common description during the Clinton administration – was no different from the narrative of the subhuman black slave. It was the product of a system that arose from a worldview that needed to create the other, needed to demonize. When Darren Wilson, the police officer who killed Michael Brown in Ferguson, described Brown as a “demon”, white America nodded its assent. They understood. So did the jury that decided not to indict him.

Mass extinction lies at the heart of the climate crisis. While warming temperatures and melting polar caps get most of the attention, the ultimate issue we face, the ultimate ecological collapse, is the diminution of biodiversity. And we are in the midst of a mass extinction, the likes of which we have not seen since the dinosaurs went extinct 65 million years ago.

While we spend a great deal of time and money looking for technological fixes to global warming, the truth is that there is no solution that doesn’t involve our consuming less. The question, therefore, is why do we consume so much when we know it is killing us? The answer, I believe, is not so different from the answer to why Darrin Wilson shot Michael Brown, whom he saw as a demon. Our worldview does not allow us to see the other species with whom we share our planet – and on whom we depend for our survival – as something of value. Most of us hardly care about the dying honeybees, just as most of white America hardly cares about police brutality.

The problems of mass extinction and mass incarceration represent crises that are global in scale. We must remember that mass incarceration arises out of a global economic system of militarized, colonial capitalism. That is, mass incarceration and capitalism are the neo-colonial version of the colonial system that brought about slavery and the invention of race. Without race, there would be no mass incarceration. And race only exists to label a people globally. How messy it would have been for the Europeans to distinguish between the various African cultures they encountered – such distinctions would risk humanizing them.

The current expression of global capitalism exploits the living beings of the planet with a similar violence to the system of slavery, whether it is through the economic policies that lead to mass migrations, the racial oppression that leads to mass incarceration, or the ecological destruction that leads to mass extinction.

In this issue, we are exploring the global impact of industrial capitalism and its suffocating effect on all life on the planet. We are hoping that out of the various perspectives on these issues, some common ground will emerge that reveals that shared roots of this suffering. For it is only at getting to the roots of these crises – whether it is mass incarceration or mass extinction – that we can hope to find solutions. 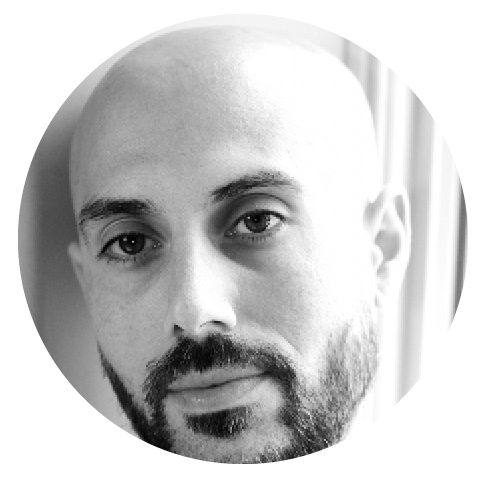 Theodore Richards
Theodore Richards is a poet, novelist, and religious philosopher. He has received degrees from various institutions, including the University of Chicago and The California Institute of Integral Studies. He is the author of numerous books, including Creatively Maladjusted: The Wisdom Education Movement Manifesto. His literary awards include the Independent Publisher Awards Gold Medal in religion and religious fiction and the Nautilus Book Awards Gold Medal. He has worked with youth on the south side of Chicago, the Bronx and Harlem, and in Oakland. He is the director and founder of the Chicago Wisdom Project and lives in Chicago with his wife and daughters. You can find more information on his website, www.theodorerichards.com.