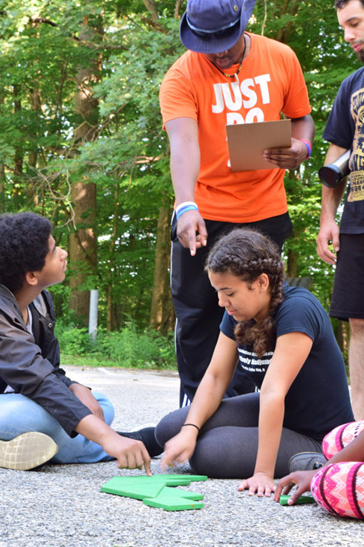 Through my work directing the Baltimore Wisdom Project, Dr. Theodore Richards of the Chicago Wisdom Project invited me to be a teaching artist at their summer camp. This summer I had the opportunity to facilitate musical collaboration in Bradford Woods, Indiana with teenage youth mostly from the South Side of Chicago, in addition to two joining from Baltimore.

The Baltimore parents were calling me by the time we arrived at camp, gravely concerned about their children because of text messages they had received during the bus ride. It was raining; the Chicago kids were “sassy, mean, older,” or, “saying inappropriate stuff.”

When we arrived at the camp, we took away their phones. No more texting; they had to talk to each other. Within an hour or two after dinner, the concerns of the youth had melted away. They were laughing, playing, letting loose, being free, and having so much fun.

Mystified by this intense and seemingly sudden transformation, I watched closely all week. My reflections and research afterward has taught me so much about the power of nature, and how essential it is for youth development and education.

One major factor I’ve already mentioned is social time together without access to technology. By taking their phones, the youth are faced with each other. They have no wall, emoji, handle, or tag to hide behind. This helps them create deep connections quickly. Also, by not communicating with their parents, or friends from home, they begin to uncover layers of stress piled on by their city lives and let them go. By the end of the week, all the circle work we did as a community had uncovered so many layers that many of the youth were able to get in touch with their core. They were able to face their grief, and simultaneously feel empowered to heal themselves through creative expression within the supportive context of the camp community we created.

Another factor I think we city-dwellers often overlook is the perspective we can gain by leaving the city for an extended period. It is extremely transformative on a psychological and physiological level. The oxygen entering our brains is purer, and the vast landscapes allow our minds to open instead of being overshadowed by tall buildings. Sharing meals together, walking through the woods together, overcoming ropes-course challenges together, and intentionally reflecting together builds an environment in which youth slowly but surely open up and let themselves shine.

The last issue I will mention is about spiritual development. There is no part of the world that is not “nature.” The city is still nature. Some call it a concrete jungle. Yet, having a sense of connection to the earth, to ourselves, and to a higher power is a lot easier if we do it in the way that our ancestors did. It is more of a challenge to energetically pierce through the concrete and feel at one with our planet, but it is entirely possible. In fact, the best way to develop the skill is to get out of the city and practice, and then bring back what you learned. 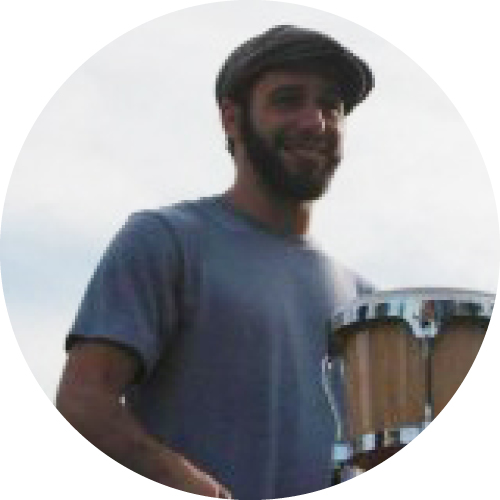 Gabriel Pickus
Gabriel Pickus is the founder, director, and lead teaching artist of the Baltimore Wisdom Project. A Healing Touch™ Certified Practitioner (HTCP), Gabriel has been dedicated to transformative education since he attended a bi-lingual Montessori school. Gabriel is trained in Systema (a Russian martial art), Capoeira Angola, Ghanaian drum and dance, and conflict management. He is an alumnus of Habonim Dror, an international youth movement that values social justice, collaboration, and positive identity formation. A Chicago-native, he spent 14 summers with Habonim, immersed in alternative learning models, and training as an educator. Gabriel earned a Bachelor of Arts in Religion from Goucher College and spent a year in Israel/Palestine designing and facilitating conflict resolution curricula for Muslim-Israeli, Christian-Israeli, and Jewish-Israeli youth. A student of Contra-Mestre Skher Brown, a Capoeira Angola teacher, Gabriel also completed Dr. Theodore Richards’ Wisdom Teacher Certification course before founding the Baltimore Wisdom Project. www.Baltimorewisdomproject.org