Where are you from?

I find no question more awkward and difficult to answer while traveling abroad. I was born in Chicago, but lived in Austria from 1996 to 1999, and I spend at least several weeks each year in Lithuania, visiting the last time in May and June of 2016. In Austria I learned to speak German well enough to hold my own in conversations about virtually any topic. While I was perceived as foreign, people often pegged my accent as Eastern European or Nordic but not automatically American. My Lithuanian – which I spoke at home before learning English in kindergarten – is good enough sometimes to trick people into thinking I’m a Vilnius local. When my accent or diction stumble to betray me, some people assume I left Lithuania only a short time ago to live abroad, and that my tongue suffered abrasions from the use of foreign languages. But soon enough I’ll have to tell them I was born in America.

Yes. Yes, but I don’t eat fast food and hardly eat meat. I can’t stand driving and would rather bike or take public transport. I know Born in the USA and Keep on Rockin’ in the Free World are protest songs. I don’t pay for cable, and the only thing I watch on television is sport. Hockey is my favorite, and I much prefer soccer over baseball, basketball or American rugby…er, football. According to the BMI scale, I’m overweight, sadly, but not obese.

While I teach a film class in the community college where I work, I prefer books to films, and prior to the birth of my second child, I used to read as much as a book each week simply out of enjoyment. I actually own several hundred books.

I don’t, however, own a firearm, and I fail to see even vaguely how the 2nd Amendment has anything to do with the Bible or Jesus Christ. I find Christ’s biographies as useful as any great stories, but in my reading of the Gospels I’ve never found permission to start wars, loathe minorities, control the bodies of women, beat children, obsess over others’ sex lives, cover up systemic molestation of youths, or develop either a superiority or a victim complex. I have never found evidence of Jesus Christ hating Mexico, blowjobs, Karl Marx, public schools, foreign languages, Buddha, Allah, Vishnu, French food, vegans, hippies, feminism, drugs, alcohol, Burning Man, science, mathematics or hip hop. In fact, if Christ truly did exist at the time the books claim – let me be certain to point out that I know this – he predated the development of things like Burning Man, Communism, the concept of Allah, and he had certainly never heard of Mary Wollstonecraft or the Wu Tang Clan. If I remember correctly from some history class I took in college, Neolithic rock paintings depicted blowjobs, as did Roman graffiti, so cocksuckers were sure to exist in Galilee in the first century, yet Christ made no mention of them, at least in the surviving record.

Personally, I feel that consensual sex, oral or otherwise, among adults is a perfectly healthy and natural thing (in fact, when I am well-laid, I tend to feel a lot better about things in general, at least for a few hours). No, I don’t think that using a public toilet…er, sorry, restroom…is categorically a sexual experience. Some public restrooms – particularly those designated for men, and especially in places like Michigan bait shops – smell like piss and shit, excretions not among my fetishes. Still, while I have no use for poo, I neither fear nor distrust the human body, clothed or naked, in pictures or in my presence, and I have been naked among others without getting an erection or having sex with them. It happened in saunas and on beaches, the naked children among us doing things like jumping in the sea or throwing ladles of water onto hot stones.

Finally, when presented with basic facts, I have changed my mind many times. The examples are endless, but here are a few: While growing up near Lake Michigan, I found it hard to believe that oceans could be salty, but then I tasted the Gulf of Mexico (I knew, I must stress, that this gulf is connected to the Atlantic ocean) and accepted the truth. Admittedly, it was harder to see the Thanksgiving story as a crock, because deep down inside I wanted to believe natives and invading Europeans loved each other, at least for one meal. My thoughts clashed and wrestled for a long time but I finally had to give up the Thanksgiving myth after watching The Revenant.

So…am I a real American? That’s what they want to know. While my ethnic identity is complicated, and while I have dual citizenship, I was born and raised in America. I am an American citizen and my tax dollars have bought bombs. People outside America know these things about me simply when I tell them I was born and still live in Chicago. But am I real, or do I just happen to have an American passport? Prior to the last two years of Obama’s presidency, people inquired simply to know if I was an idiot or a clown, the kind who had never seen a film beyond Spider Man or Star Wars, a man who feared breastfeeding and subtitles. Of course, these days when people wonder if I’m real, they’re wondering if I’m dangerous, if I harbor the kinds of delusions and beliefs that start world wars, and if I’m going to vote that way.

In a three to five minute conversation with a stranger, it’s hard to unpack all of what I have mentioned about myself in this essay. Curiously, it’s not enough to tell someone, “No, I’m not voting that way.” This doesn’t help someone understand with certainty that I’m not among those who feel Jesus Christ and machine guns are aesthetic and cultural synonyms. But I’m often granted only five minutes, and while people are calmed to know I’m not going to vote that way, they still wonder if it’s safe to pull books out of their bags and leave them on the table. Will I find this offensive or become uncomfortable? After all, they want me to feel welcome in their land.

So, Americans, when abroad, this is what we are. This is what we’ve become. It doesn’t matter if one way wins the election or, may Christ forbid it, that way does. We have managed to present am image of ourselves so absurd and frightening to now remain diametrically opposed to most any available definition of civility. And it won’t go away after the election. The votes will be tallied, but we’ll still be separated into the real ones and the imposters. People will still believe the true American senses a horrible immorality from a naked man sweating in a sauna but considers the furious one bringing his instruments of war out to murder youths in dance halls just an unfortunate side effect of freedom, which the real American can’t see for the myth that it is. If we want to change this, we need to own it, find a way to make reading Spanish books at the library as obviously and typically American as a dinner at a Cracker Barrel or a blithe shrug following a weekend slaughter of people. 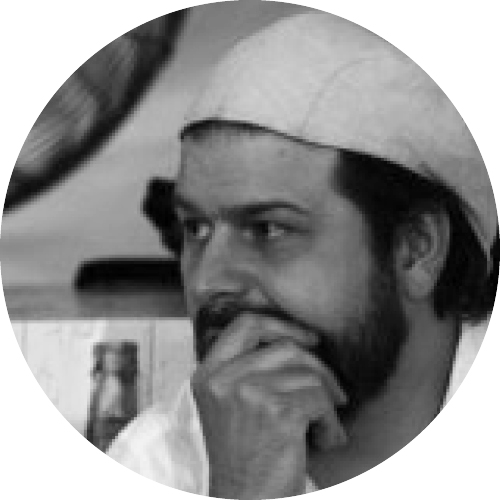