America’s “Kidult” Crisis: What Trump, The Bundy’s
And Mass Shooters Have In Common

All problems are psychological, but all solutions are spiritual.” ~Thomas Hora, MD

Even a cursory glance at the headlines in the United States reveals a divided and distressed country. Mass shootings are an increasingly regular occurrence, unarmed people of color are routinely gunned down by police while rifle-toting white reactionaries are allowed to roam freely and even occupy federal property, and the leading Republican candidate for President is a big-mouthed, bigoted billionaire bully who wants to ban Muslims and build walls.

To this list we could add America’s staggering levels of wealth inequality, childhood poverty, and incarceration, along with a host of other epic fails, all of which beg the question: Why is this theoretically great country so screwed up?

When considering the core causes of America’s biggest problems, one can visualize a Venn diagram of Racism, Guns, and Greed overlapping in vicious circles. And it isn’t too difficult to see that in the middle of this mandala of maladies, common to them all, lurks the usual culprit: Fear.

Whether this prognosis seems insightful or obvious, it invites an even deeper question about why fear is so pervasive in the supposed “home of the brave.” Surely we Americans are not especially cowardly by nature, so perhaps there is something about our cultural environment that makes us more susceptible to the devil’s favorite emotion.

The Young and the Reckless

I submit that the US is not yet grown up. As a relatively new nation, we are still in our juvenile phase, exhibiting to the world a host of traits that bespeak immaturity, such as self-centeredness, arrogance, bravado, impulsiveness, a focus on instant gratification and short-term thinking, and a fascination with violence.

Needless to say, there are millions of emotionally mature Americans, including many young people, to whom these descriptors do not apply. But they do apply to America in the abstract, and to an unfortunate number of actual people in power, especially on the right. Indeed, for a full display of puerile behavior, one can simply watch the Republican debates, in which the candidates spout platitudes and exchange insults while engaging in fear mongering, immigrant bashing, and saber rattling (despite the fact that none of the candidates have served in the military, and some have actively avoided it).

Of course, the biggest blowhard and exemplar of childishness is Donald Trump, who literally speaks at a fourth grade level, often calling his rivals “dummies,” “morons,” and “losers.” The fact that this bratty “kidult” has garnered enough support to have a real shot at the highest office in the land sharply underscores America’s collective immaturity.

Unfortunately, the crisis goes far deeper than The Donald and his supporters. Many of the mass shootings in recent memory were committed by young men, one of whom, Elliott Rodger, was a virgin motivated in part by sexual frustration and misogyny. The latter of these (if not the former as well) is pervasive in the pick-up scene and disturbingly common on today’s college campus, as is racism.

Further evidence of American immaturity can be found among white militia members like those who took over the Malheur Wildlife Refuge in January. Although the group’s leaders, Ammon and Ryan Bundy, expressed political grievances related to land use, many paramilitary types see themselves as heroic protectors of the Constitution and traditional values (i.e. white supremacy). In reality, they are little more than insecure, attention-starved boys playing dangerous games with guns. And sadly, the same can be said about many men in blue on the other side of the law. 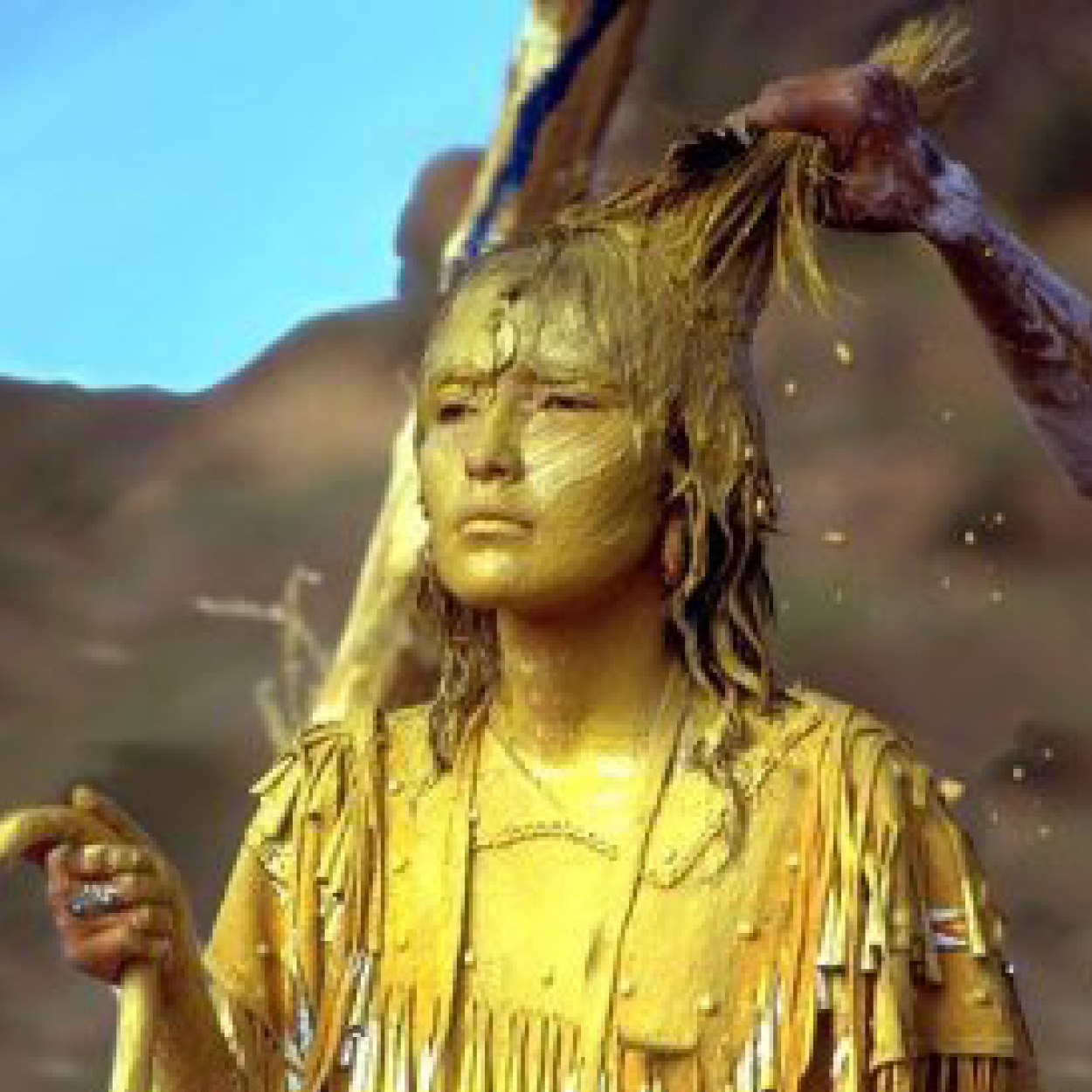 Standing Up for Our Rites

What all these groups and individuals have in common – other than their overwhelming whiteness – is that they feel threatened, whether by foreigners, minorities, women, homosexuals, or by change itself. Given America’s shifting demographics (toward greater diversity) and values (toward broader acceptance, arguably), their anxiety is actually understandable. But it is not mature.

The underlying problem is that the US (and one could say modern culture in general) lacks healthy initiation rituals like those practiced by indigenous peoples. For females in our society, the traditional marker of womanhood, the onset of menstruation, is either ignored or ridiculed, whereas males are often forced into destructive initiatory activities including gang violence, fraternity hazing, and fighting in senseless wars.

Traditional rites of passage, which might involve fasting, prayer or meditation, strenuous activity, or the ingestion of sacred plants, may contain an element of danger, but are almost always conducted by elders following long-established practices. Whatever the cultural specifics, the initiate undergoes a profound inner transformation in which the childhood identity dies and the adult self is born. In our culture, such dramatic shifts are sometimes brought about by traumatic experiences, nervous breakdowns, or sudden spiritual epiphanies.

At some point in the process, the initiate must confront his or her shadow – those dark fears and emotions that are typically repressed and avoided, often symbolized in stories of old by dragons, trolls, and other monsters. In the case of America, facing our collective shadow would mean reckoning with the horrific crimes of our past and present, from genocide, slavery, lynching, internment, mass incarceration, discrimination, and the drug war at home to imperial conquest, illegal invasions, atomic bombings, assassinations, torture, drone terrorism, and other war crimes abroad.

Tragically, the list goes on and on. One can get lost in the gory details, but the point is to acknowledge that the United States, far from being the greatest, most noble, most blessed exemplar of liberty and justice in the world, is as deeply flawed as any nation on earth. To the extent that we cling to the fairy tale of American exceptionalism, we will remain stuck in childhood, ironically unable to help move the country toward its ideals and its true potential. That task will fall as always to the grown ups, who must continue the hard work at hand with humility, patience, resilience, compassion, a selfless desire to be of service, and other qualities that signify true maturity. And to be sure, part of that work is to help lead others across the threshold into adulthood.

Darrin Drda
Darrin Drda is an artist and author of The Four Global Truths: Awakening to the Peril and Promise of Our Times, and Overcoming Empire: A User’s Guide to Personal and Global Revolution, as well as a growing number of children’s books. His articles have appeared in various online journals including Open Democracy, Nation of Change, and Reality Sandwich. Visit him online at darrindrda.net