Businesses are one of the most underutilized levers for social change. I have discovered that when a business develops self-reflective humans with agency and competency around power and money it is also creating engaged and performing teams and more engaged humans.

In 2007, I co-founded Percolab, a consultancy firm dedicated to developing our collective capacity to collaborate and innovate. At its very start Percolab had two unconventional notions: first, clients have the insights and answers to their own challenges and emerging future; second, we need to do “good work” for collective impact, including open source tools, open knowledge, open everything.

My business partner and I, working as co-directors, pondered briefly what kind of legal structure would allow us to have the three key elements we needed for our organization

Two people with a business idea and Internet access can incorporate in a matter of minutes. Incorporation is the go-to business structure that most everyone gravitates to. We were somewhat aware of the disconnect between our principles and the corporate structure we had taken on, so we self-declared that our business was a social enterprise and we agreed to run it as such, even if we had no particular legal structure that spoke to that desire.

Fast forward 10 years, and the words social enterprise, sharing economy, triple bottom line, B-Corps, and the commons have become popular (and entangled). 10 years is the time it took for Percolab to make its organizational structure coherent with the economic vision we have of a more equitable, fair and sustainable world. We have recently shifted to a collective enterprise, a worker coop, and this is the story of that journey.

We fumbled into it the hard way. After seven years, the business hit a hurdle, a financial difficulty. The situation required a collective strategy and outside expertise, but that is not what we did, mostly due to conventional management culture and mindsets that we take for granted . As a result, the financial tsunami hit without the team even knowing it was coming. A few months later, when we had stabilized the situation and survival mode was behind us, I was sense making at length on what had happened. I was beginning to see that this business I had co-created was not functioning with the core values that I held. How to get into alignment? The gift of this incident in our business history was that it helped me realize that self-management and shared ownership were non-negotiables for me. If we were going to be hit by any kind of tsunami it needed to be a collective experience, one that we would see coming together, live together and own together. We worked with the framework of the commons, could we not look at our organization as a commons?

I should mention that though our business was incorporated I had already co-founded a cooperative: the co-working space that is our office. The coop had become a thriving beautiful business in the heart of Montreal with a rich community of members.

With all that, I brought three key proposals to my business partner and then to the team:

There was energy and excitement around the ideas and all were easily adopted. The first two proposals were to be effective within days and we gave ourselves seven months to make the transition to a coop.

The shift to self-management flowed. Step by step, we moved forward developing growing ease with roles that rotated, distributed authority and consent-based decision-making.

The shift to the variable compensation model was quick and had instant effect. We began negotiating agreements in each of the projects in which we were involved, the sum of which was our earnings. In this way, we each had much more control over our own earnings, were owning our value more clearly and interestingly, and had a direct positive impact on the company finances.

The shift to cooperative, however, stalled. What was the rush? The seven-month deadline sailed by. Tasks were delayed. Then came a feeling of uncertainty of who in the team would actually join the coop. Only one or two people on the team still seemed energized by the coop. What was going on? And so a colleague called a collective dinner called “Are you in, or are you out?”

There was a cheekiness to the invitation, but collective clarity was what was needed to get beyond the rumblings and side conversations. Right after the invitation, one member communicated that he would not be joining the coop and announced his departure. I had serious doubts about whether my business partner was going to join or not. It had been 17 years of professional life together. I was avoiding the question, the conversation. 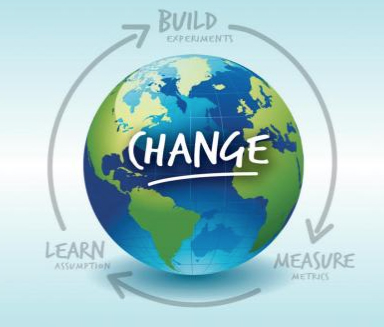 The day of the collective dinner arrived. My business partner worked at home that day. A few hours prior to the collective dinner, the email arrived. It was a long one, one that must have been painful to write. We were not aligned on the path of creating a coop. He had become father anew a few years prior and wanted to dedicate himself more to his family. Our paths were to part. This added an extra layer in the coop process: I was becoming a worker/owner of a coop that was buying the company that I already half-owned.

Ensued a period of information seeking and support. Some of us attended a coop information session to get clarity on what form of coop was a match for us. In Quebec, we have three options: worker coop, producer coop or solidarity coop. We also wanted to see how our self-managing system mapped onto the legal obligations of a cooperative. We were delighted by some coop regulations that legally protected some business ideas that had value for us – no one being able to financially put the company at risk, for example. We were also surprised by some of the hierarchical approaches that had found their way into the coop world, making our self-managing system feel quite radical.

We got in contact with the Centre for Business Transfers. First, they wanted to help us establish a plan to pass on the company management capacity to the team. When they discovered our self-managing ways, we realized together that in our case it would not be necessary; the team was already co-managing the business. I was becoming more aware of the value of self-management in helping the entire team understand the various aspects of the business and run it without the co-founders. Exciting stuff.

Second, the Centre supported us to think through some of our legal obligations. One cannot purchase a company at the amount they like: the process is much more regulated. The company needs to be purchased at market value and the amount is determined by an official evaluator. The government would be keeping an eye on us, making sure the transaction was at market price, in order to get its fair share of taxes on the sale. The team was learning that the evaluation of the company was a serious matter that had legal repercussions and would require the services of a professional. Together, we interviewed potential evaluators, with a focus to understanding the process and chose the evaluator that resonated the most.

Third, the Centre helped us to understand the different legal pathways open to us:

There was a bit of friction around the process with the Centre for Company Transfers. Our self-managing team expected to be involved in all processes while the company transfer agents were more accustomed to this being a private process with only the company owners. Our culture of radical transparency clashed with this process.

This period was showing up the seriousness of business ownership. The transfer would involve real money to buy the existing structure and real legal consequences, which was scary for some who hadn’t joined the company with any ambition of ever owning it. This was when things stalled once again.

For the process to move forward, we only needed to complete a government coop creation form. At the end of the day it’s just a simple two page form. I went on a business trip for a few weeks and when I returned there was no headway on the form. As co-founder, I wasn’t privy to most of the conversations, but I was definitely picking up from the team more talk about concerns than about actions to be done, or even excitement.

Thankfully our team retreat arrived. Two key moments at the retreat supported the shift in dynamics. One was a collective activity on metrics in which the team gathered a fuller view and understanding of the company and what’s going well and not so well. It was a moment that reminded us that we were all managing this company together and that the era of the co-founders running it was over.

The second activity concerned the coop directly. We were each invited to stand in the room to express our level of energy for starting the coop. I found myself in the middle. I shared my frustration that the team had made a commitment to start the coop in seven months and that 12 months later, not only had it not been done, but I was picking up that it was not going to be done. We were stalled in an in-between space. I expressed that our agreement had not been honored and that maybe we weren’t ripe for becoming a coop and that the offer should be taken off the table. I reminded the team that in the meantime I was alone carrying the legal weight of the company, without any advantages of an owner. An honest conversation ensued in which some misperceptions and fears were unravelled.

Within a week, we were co-writing the texts of the cooperative creation form and it was sent. As easy as that! A coop was formed.

Today I ponder, does everyone in a business have the capacity to run and own it? I see that I have been moving through this process with the assumption that yes. However, it is not a switch you flip. Human beings need time – time to develop new skills, to shift their identities, to challenge their fears, to adjust. I look at the team today and I am so proud of us in our collective power. A business can be a learning platform to help people strengthen their agency and become more engaged human beings. In so doing it becomes a lever for social change.

Interestingly, this past week three of us met with the organization that supports the creation and development of coops in Quebec to explore a partnership so that self-organizing and self-managing practices, tools and processes can be introduced directly within their programs and to roll out our in-house self-managing governance platform, free and open-source for the entire coop ecosystem.

This journey feels like a lime in the snow, unexpected, bizarre and delightful.

Founded in 2007, percolab is dedicated to enabling the emerging future – social innovation, organizational transformation, working systemically. There are two offices, one in Montreal, Canada and the other in Montpellier, France. To learn more visit percolab.com