The Holy Grail of Education

“The object isn’t to make art, it’s to be in that wonderful state which makes art inevitable.”
– Robert Henri 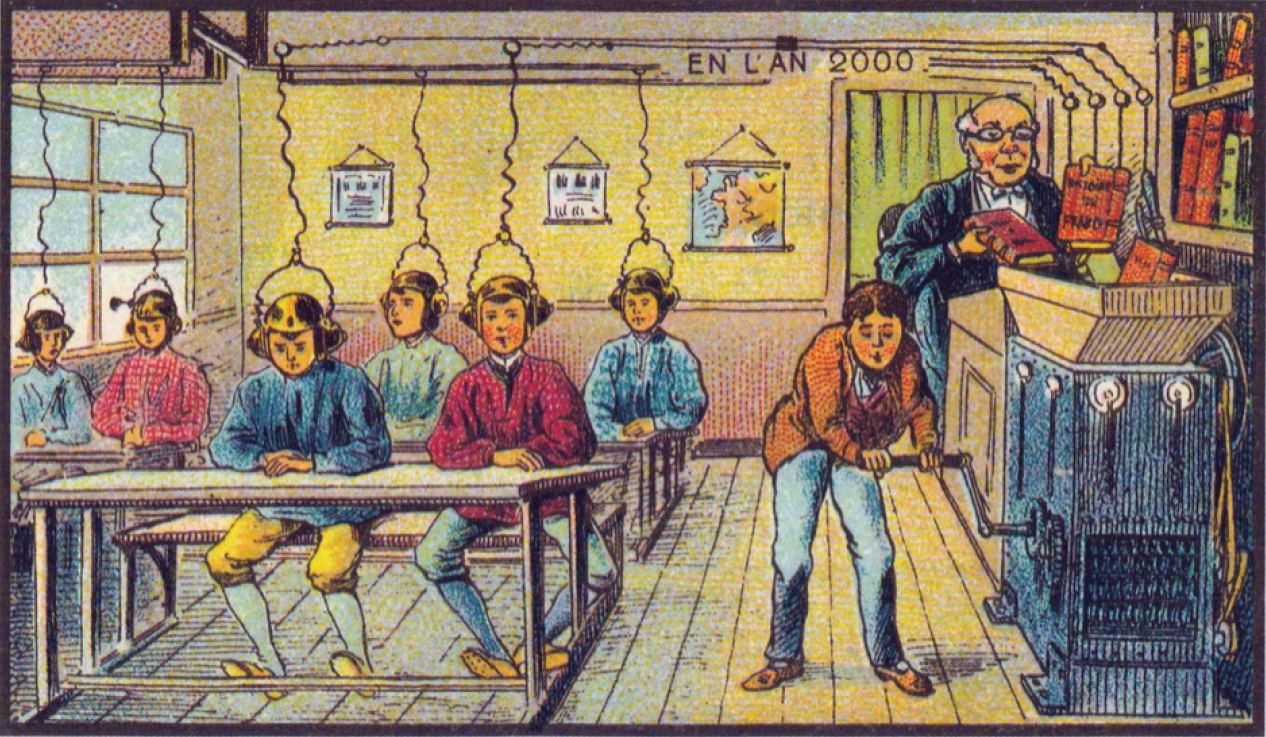 Despite massive shifts across the globe over the last century, we remain in the industrial age of education. The arrival of the Information Age, or Digital Age, has resulted in new classroom technologies fit into the old models of knowledge transfer. The industrial age has been digitized. Decreasingly eager young learners line up at the service stations of our educational institutions, waiting for their tanks – their brains – to be filled with what they need to know according to the powers that be.

To be educated is not to be filled, stuffed with the “essential” abstract knowledge of the day. To receive an education is to be “led out,” from the Latin educere. The educated person, then, is one who has been “brought forth,” led into his or her uniqueness. This knowledge originates in the self, and is truly what the world needs – human beings who are whole, aware, and ready to contribute because they know what they have to offer.

The world abounds in knowledge and data. For us to collectively confront the challenges we face, we need whole-hearted people much more than we need more information. In this context of “leading out,” then, what is the role of the educator?

We need teachers, administrators, and community leaders who can build and maintain strong “containers” for learning to take place. The best educators already know this, instinctively creating safe environments where people and learning flourish.

A container is a space – physical, psychological, and spiritual – within which a group works. As Bill Isaacs has written, the image of the container is very old, being referenced in the Kabbalah, the Jewish mystical texts; in the writings of the alchemists; and in modern times in some of the work of psychologists looking to create what they call a “holding space” for the emotional intensity of the family.

The Holy Grail, the image from the myth of King Arthur, was supposedly the chalice that was used by Jesus at the Last Supper. The word grail comes from the French word graille, which means great container. The graille was a common soup container. The word also has the same root as corral–a round, containing enclosure–and also kraal, a Zulu word meaning “an enclosure of huts and cattle.” According to Laurens van der Post, a novelist and unique elder to this age, these roots reveal the magic of this term and the universal quest behind it. The container is “round, which has always been magical and an enclosure of life, sacred because it is an image of wholeness, something which contains all.”

The container is a symbol of wholeness, and a space in which creative transformation can take place. The holy grail of education is the container in which students are “led forth” into themselves and into the world. Not limited to a classroom, or a physical space, the learning container is the psychological and spiritual environment that is “held open” by the educator. As the authors at Groupworks have written, this active process of holding allows knowledge, learning, understanding, energy, ideas, perspectives, dissonances, and appreciation to flow and be contained in that space. 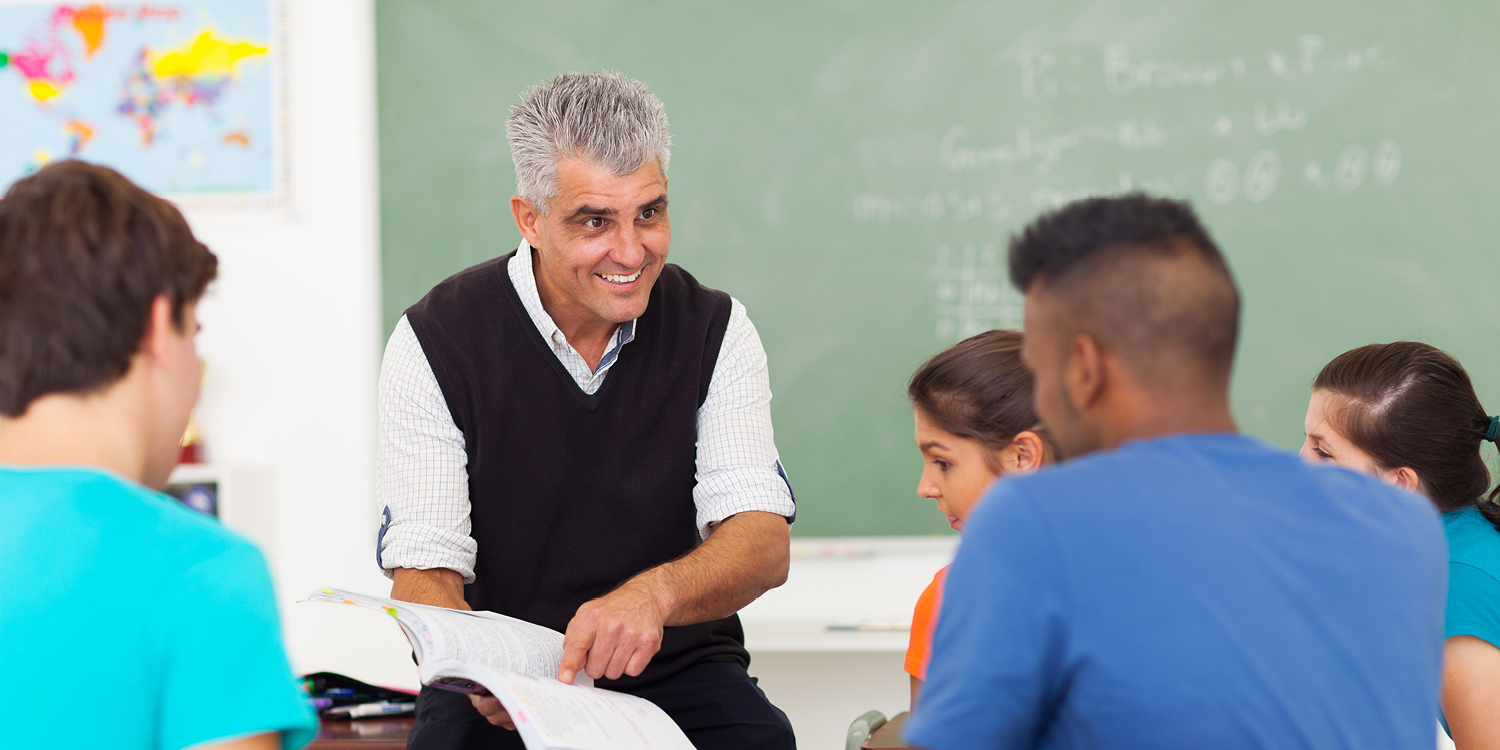 In these containers students grow in autonomy and connection as they are part of a process of exploration with other students. They discover their own value as they ask questions, follow their own curiosities, and help each other. In the best of containers, the students experience themselves as indispensably part of something – a unique whole individual in a group of unique whole individuals.

So, how does an educator build and maintain these containers? How does a teacher create an environment where students discover their own wisdom? How does an administrator insure that teachers, students, and staff are free to be themselves, offer their own gifts, and care for each other?

Holding a container can be compared to a protective embrace. Much has been made of “safe spaces” on college campuses, and the prevention of violence in schools. Protecting sacred space includes, but goes beyond, preventing offensive language, bullying, and keeping students emotionally and physically safe. This sense of protection is vigilant in keeping out forces that diminish the human spirit, making sure that each person’s opinions, feelings, and way of being in the world are respected. It also means keeping out conversation and activities that stray from the group’s intentions. You can visualize this sense of protection as a person with gently curved outstretched arms, palms facing outward, keeping out what interferes with learning and discovery.

There is the protection of the container, and there is the embrace. In this sense, the arms are outstretched, but the palms are facing the heart, making room in this container for all the people within it. Holding this embrace involves cultivating presence, an awareness of what is happening within and without. The one who holds the container with presence is attentive to what is said and not said, happening and not happening, sensing the flow of energy in the room and her own instincts. She has the ability to tune into herself and the group.

One must also be accessible within the container in order to be effective, with eyes on the people and energy of the room more than the next task at hand. A teacher or administrator is available to the degree that learners can connect with her on a human level. The best educators find the appropriate level of self-disclosure, becoming increasingly trustworthy as they reveal their own doubts and their own processes of discovery.

Finally, the embrace must hold diversity and dissonance. Nature always presents us with its own challenge. In the form of a group, the challenges are frequent. Our differences often provoke discomfort. In the hands of a gifted educator, these differences provide opportunities to reiterate the value of all sides and all people.

There is a dynamic paradox between the protective arms and the embracing arms – keeping out that which holds us back, and simultaneously welcoming all. It’s not an easy dance.

The artist develops the awareness and discipline of getting into a state in which art flows. In the same way, the educator is constantly learning how to tune into the group and individual students to make the dynamic container conducive for self-discovery as well as community-discovery. The objective is not to transfer knowledge, but to make the state of learning inevitable. 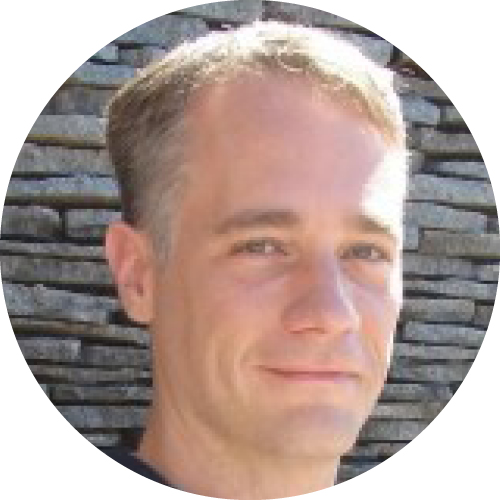 Todd Hoskins is a board member for the Chicago Wisdom Project and the founder of Canopy Gap, a company that helps organizations work courageously together. Todd’s passionate belief in the power of community, ecology, and vital leadership are at the heart of his work.