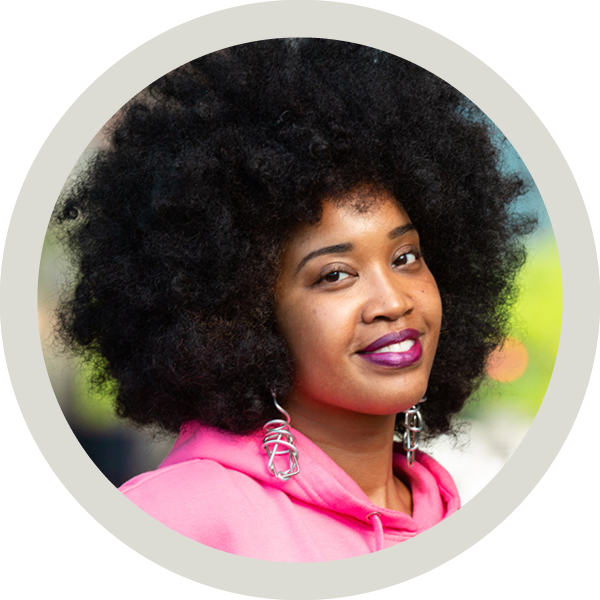 Reimagining Our Neighborhoods
with Tonika Johnson

Chicago is the most quintessentially American big city. Its downtown is splendorous; its cultural life rich and diverse. And, at the same time, it is a city into which segregation and white supremacy are embedded in the very structure of its streets and buildings.

It is a city without hills, its streets flat and straight, laid out as a Euclidian grid. Its design – and the notions people have about it – belies Chicago’s nuance and complexity. The south side, for example, where we record this podcast, is often associated with poverty and crime – code words for blackness. But the south side of Chicago is a far more complex and textured place than its image in the media would suggest. It is the flourishing home of artists and businesses, of yoga studios and art studios, of all that makes Black America.

It’s always been funny to me how some have tried to pathologize the people from this place. It’s much easier to blame the people than to accept the legacy of 400 years of theft, from the middle passage to redlining. But that all depends on the lens through which a place is viewed. Where some might see only crime and dysfunction, I mostly see people taking care of one another. It is here, on the south side, that I learned, first, what community means. It is here that I learned the while other inheritances have been denied, the cultural legacy that calls upon us to, by default, accept and care for our neighbor, runs deep and strong on the south side streets.

Tonika Johnson is a photographer/social justice artist and life-long resident of Chicago’s South Side neighborhood of Englewood. She is also co-founder of two community-based organizations, Englewood Arts Collective and Resident Association of Greater Englewood, that seek to reframe the narrative of South Side communities and mobilize people and resources for positive change. Within her artistic practice, Tonika often explores urban segregation and documents the nuance and richness of the black community, countering pervasive media depictions of Chicago’s violence and crime. As a trained photojournalist and former teaching artist, she has been engaged in building an artistic legacy that has gained citywide recognition in the last four years. In 2017, she was recognized by Chicago Magazine as a Chicagoan of the Year for her photography of Englewood’s everyday beauty. Her Englewood-based photography projects “From the INside,” and “Everyday Rituals,” were exhibited at Rootwork Gallery in Pilsen, the Chicago Cultural Center, the Harold Washington Library Center and at Loyola University’s Museum of Art (LUMA). Her Folded Map project, visually investigates disparities among Chicago residents who are “map twins” living on opposite ends of streets that span the city’s racial and economic divides, and brings them together to have a conversation, was also exhibited at LUMA in 2018. Now, an excerpt of the project is currently on display at the Museum of Contemporary Art as part of The Long Dream exhibition. Since 2018, Tonika has transformed Folded Map into an advocacy and policy-influencing tool that invites audiences to open a dialogue and question how we are all socially impacted by racial and institutional conditions that segregate the city. In 2020, she formalized Folded Map project into a non-profit organization where she serves as Executive Director. In 2019, she was named one of Field Foundation’s Leaders for a New Chicago and most recently, she was appointed as a member of the Cultural Advisory Council of the Department of Cultural Affairs and Special Events by the Chicago City Council.

A Conversation With Tonika Johnson