I remember being indifferent in the third grade when it was getting closer to February and the thrills of the holidays were on their last linger. In my family I heard jokes about being black that I didn’t quite understand and I was made aware that I was somehow special because I had a lighter complexion and curly hair. The hue of my cousins that I loved to play with varied from mocha brown to dark ebony to high yellow, but we fortunately didn’t assign value or a hierarchy to it like the adults did.

I would never understand that I was given such a sanitized revisionist account of history when I learned about the first colonists, settlers and the founding of America. I was taught that the Indians were primitive and even bad because they would scalp and even kill the good ole Americans who just wanted peace and land. So it is no surprise that when black history month rolled around it was just as sanitized and conveyed stories of hope, peace and overcoming, but never a context or connection to my current circumstances and reality.

What if I could have compared the matriarchy of my family to different examples of African egalitarian societies that placed value in community and symbiosis with nature over selfishness, competition and ownership over the material world?

It didn’t inform me why I should be bothered that another third grader called me nigger or why my white teacher wasn’t bothered enough by it to turn it into a teachable moment instead of an empty admonishment and blaming me for provoking the attack and racial slur.

Instead we learned about the safe negroes who won us our civil rights and that it was a bunch of nice white people, like JFK, who made it all possible. I subtly learned that even my chosen heroes didn’t have agency and everything that they accomplished was at the behest of an even greater white savior, who convinced their misguided brethren to allow these docile savages to become full-fledged men. Everything I learned about my so called leaders always came from this deficit narrative, that we as black people were always in a position of need and incompetence and that we needed white people to give us direction along with basic human rights. If we were oppressed, then it was our own fault and that we should be grateful that such kind, caring white people existed to help lift us up out of our own darkness.

This was the education that I was receiving in the 1980s and 1990s in the “North”, luckily for me my family starkly contrasted these false narratives about the black experience and black independence and interdependence. I had uncles and aunties who were business owners or executives in high management positions, even though I was raised by a college-educated single Mother. I heard stories of black resistance from my grandmother who talked about the farm life she experienced in the south and how our family owned the land. Had I not been privy to these alternative histories, I might have bought into the inferiority complex that my school was trying to sell me. 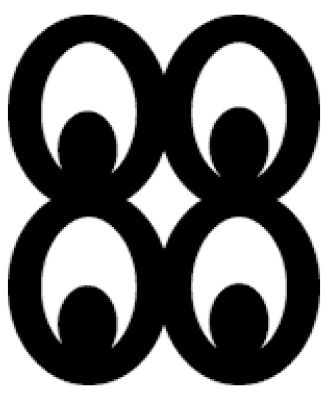 Thinking back, even though I had my uncles as role models, my life was filled with matriarchs. My grandfather died while my Mom was still young and my Dad was only in my life for three months out the year if I stayed with him during my summer vacations out of school. For most of my life I was raised by women who helped shape my worldview, and gave me my sense of identity as a black man. The irony that I see now, that I didn’t then, was some gender fluidity that my aunties embodied. They challenged gender stereotypes and expectations and performed a myriad of roles that are designated for so called masculine identities. They weren’t operating from a feminist perspective or using a queer lens to redefine binaries, they just did what was needed for the family and discarded the boxes assigned to them by society.

This, I believe, was also very African and very indigenous in nature, something that gets overlooked or seems unrecognizable through a Western lens. Even though my family struggled with the colonial effects of colorism manifesting because of internalized racism, they still found power in the hidden Ubuntu, an unspoken collectivism, where everyone contributed to the benefit of the whole. I often wonder if this dynamic would have been different if we were structured under patriarchal values instead of matriarchal.

I also wonder how my life would have been different early on had value been placed on my personage and humanity by the different social institutions that governed and defined it. What if I could have compared the matriarchy of my family to different examples of African egalitarian societies that placed value in community and symbiosis with nature over selfishness, competition and ownership over the material world? What if I was taught my culture and given the opportunity to take pride in my heritage and ancestry and learn the moral values that would inform my choices later in life? 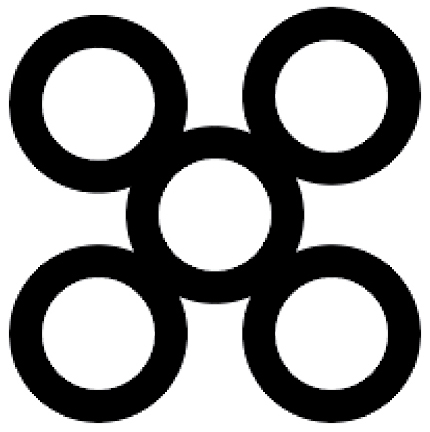 I wish I could have compared my Grandmother to Yaa Asantewaa, a west African Queen who waged a war against the British, the very British who defiled their traditions by stealing their sacred golden stool, which was designated for Asante Ghanaian royalty. I could have compared their strength and resilience and how they both showed prominence and leadership without male counterparts and yet still uplifted and valued the men in their families. To me this is a main component among many that is missing for the African child getting a so-called education from a colonial Eurocentric institution.

In the American education system, white privilege means that every student of European descent gets to feel prideful and accomplished at all of the great things that their ancestors have achieved for them, which will be available to them to continue the legacy of prominence.

This is the reality of the American educational system: the glaring contradictions implicit in this country’s history are purposefully omitted from the discourse, in addition to the complete erasure of African identity. If truth is important to us, if empirical evidence is what drives our progression, then why do we embrace blatant lies and deceit so easily? Can a neo-colonial America allow its second-class, 3/5ths-of-a-human-being subjects to find self-determination in African identity and values? Can education be re-imagined without the fear of the newly educated Africans in America rising up and fighting for liberation? 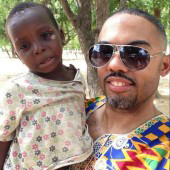 Kofi Ademola Xola
Kofi Xola is an activist, community organizer, Pan-Africanist, autodidactic philosopher and event planner. He grew up in the 1990s gang culture in a single parent household battling poverty, asthmatic health issues and poor quality education. He found an outlet through the underground Hip Hop scene, which taught him how to express himself through art and it, gave him positive alternatives to the street life. He had the opportunity to become a youth organizer at age eighteen and started his life long career in social services and giving back to his community. He’s had friendships with prominent Chicago Hip Hop artist like Kanye West and Common Sense. He is currently pursuing his higher education and hopes to earn a PHD in Social Cognitive Neuroscience.